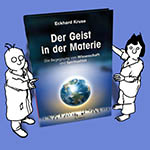 The earth's land surface measures 149 million squares kilometres – about three soccer fields per person. But how are we using this space? Everyone wants to go to the same nice places. So there it is getting really tight...
The film shows the earth's inhabitants in places wide and tight, and muses about their strange behaviour.

The film is based on material I have collected throughout recent years. When travelling, I usually have a video camera with me, capturing everything that looks interesting to me – often without knowing what might finally become out of it. After spending a week in Japan in 2007, I started to further work out the idea to have a look at the 'tightness' on this planet and to contrast it with nature and wideness. The film somewhat homorously tries to investigate human behaviour and why we are often so negligent about what happens to nature or to people in other parts of the world. After a somewhat playful start und various lighthearted observations it moves towards an end with a clear message: Everybody has to take responsibility for what is happening on our planet.
Countries appearing in the film: Australia, Costa Rica, Germany, Greece, Japan, Malaysia, Nepal, Thailand, Tibet, Turkey, USA.